Get to Know Dr. Glen Shanock

For over 25 years now, Dr. Glen has been passionate about helping children develop a positive relationship with the dentist’s office. He loves watching them grow up cavity-free and fear-free! His unique approach also helps parents relax once they see just how comfortable their son or daughter feels during all types of procedures. Interested in learning more about him? Just keep reading below!

Why Did You Decide to Become a Pediatric Dentist? 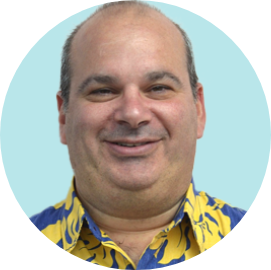 Dr. Glen’s dental roots run very deep. His family has many dentists in its midst, including his father, two uncles, and a cousin. When he was a kid, he visited his dad’s dental office often and knew that he would one day become a doctor too. In junior high, he had an exceptional science teacher who got him interested in medicine, especially cardiology. At that point, he was determined to either pursue a career in cardiology or dentistry – but then a sudden curveball happened. In high school, he fell in love with computers and decided to pursue a career in computer science instead!

Dr. Glen met his beautiful wife while working as a programmer, and when he asked her to marry him, he also told her that he wanted to go back to school for dentistry or cardiology. She preferred dentistry because she thought the hours would be better, and even though that turned out to be not quite true, the field was a perfect fit. Starting in his second year of dental school, he ran a program for children in the shelter systems where they would be bussed in for free treatments. He was also able to get them food and clothing each time they came. Many of his classmates and professors told him that he should consider pediatric dentistry since he was such a natural with younger patients, but it wasn’t until his wife encouraged him as well that he committed to a few more years of schooling. The rest, they say, is history.

Where Did You Study Dentistry?

Dr. Glen’s college career started at Fairleigh Dickinson University. Once he was ready to pursue dentistry as a career, he worked towards his doctorate at New York University College of Dentistry and remained at the school for his pediatric dental specialty training a few years later. Once the program was finished, he was offered a position at Bellevue Hospital as an attending; at the same time, he opened his dental office in Long Beach from scratch with his wife as his dental office manager/occasional assistant – and they’re still here today! He is currently a member of the American Dental Association, New York Dental Association, Academy of Laser Dentistry, and the American Academy of Pediatric Dentistry.

Outside of the Dental Office, What Do You Like to Do?

Dr. Glen is very happily married with a wonderful dog named Lolita. His 95-year-old in-laws also live with them! Outside of working hours, he and his wife enjoy taking vacations to places like Hawaii and Peru, and they also go on long drives and regularly seek out new restaurants to try. As for personal interests, cooking and baking are high up on the list! He even has a YouTube channel called Dr. Glen’s Happy Eats.